The Interreg Sudoe Program (abbreviated to the Interreg VB South West European Cooperation Program) was approved by the European Commission on 18 June 2015 and has a budget of EUR 141 millions, of which EUR 106 millions will be financed by the European Regional Development Fund (ERDF) and 35 millions by the public and private counterparts of the participating countries.

This program supports regional development in Southwest Europe and promotes transnational cooperation to solve common problems such as low investment in research and development, low competitiveness of small and medium-sized enterprises and exposure to climate change and environmental risks.

Approved projects should be composed of public or private partners from regions of different countries in Southwest Europe. The eligible regions are all the Spanish autonomous communities (except the Canary Islands), the six regions of south-west France (Aquitaine, Auvergne, Languedoc-Roussillon, Limousin, Midi-Pyrénées and Poitou-Charentes), the continental regions of Portugal, United Kingdom (Gibraltar) and the Principality of Andorra. 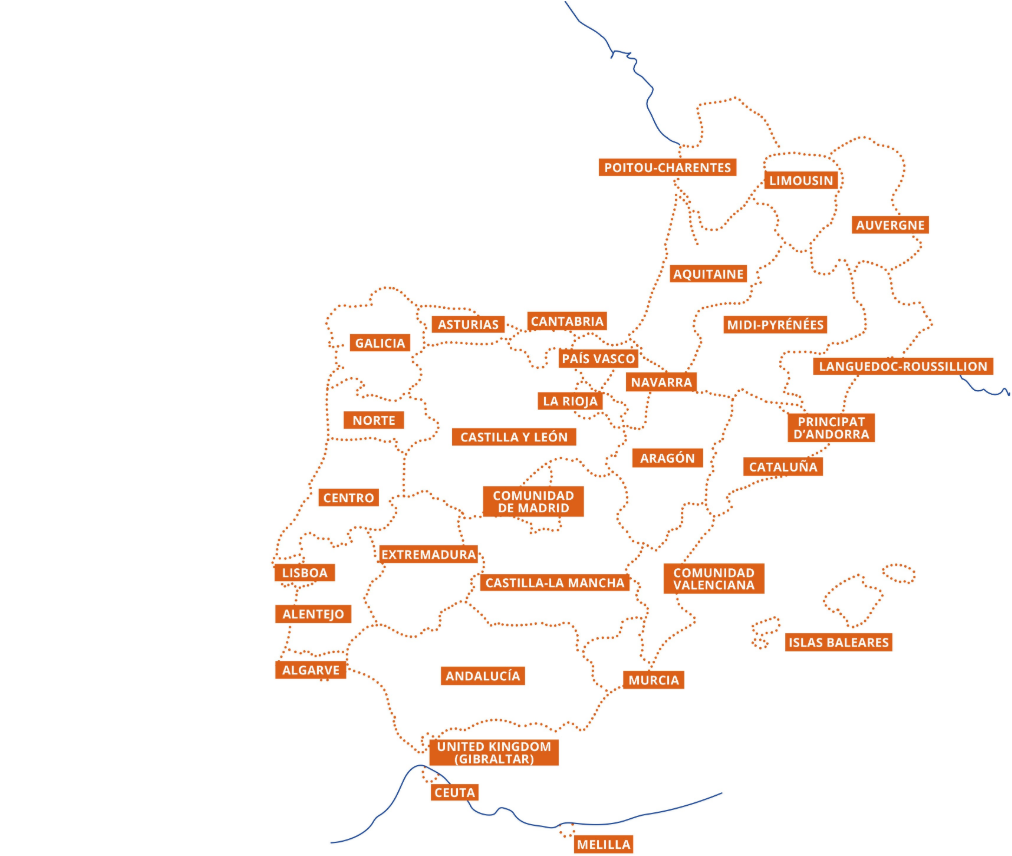